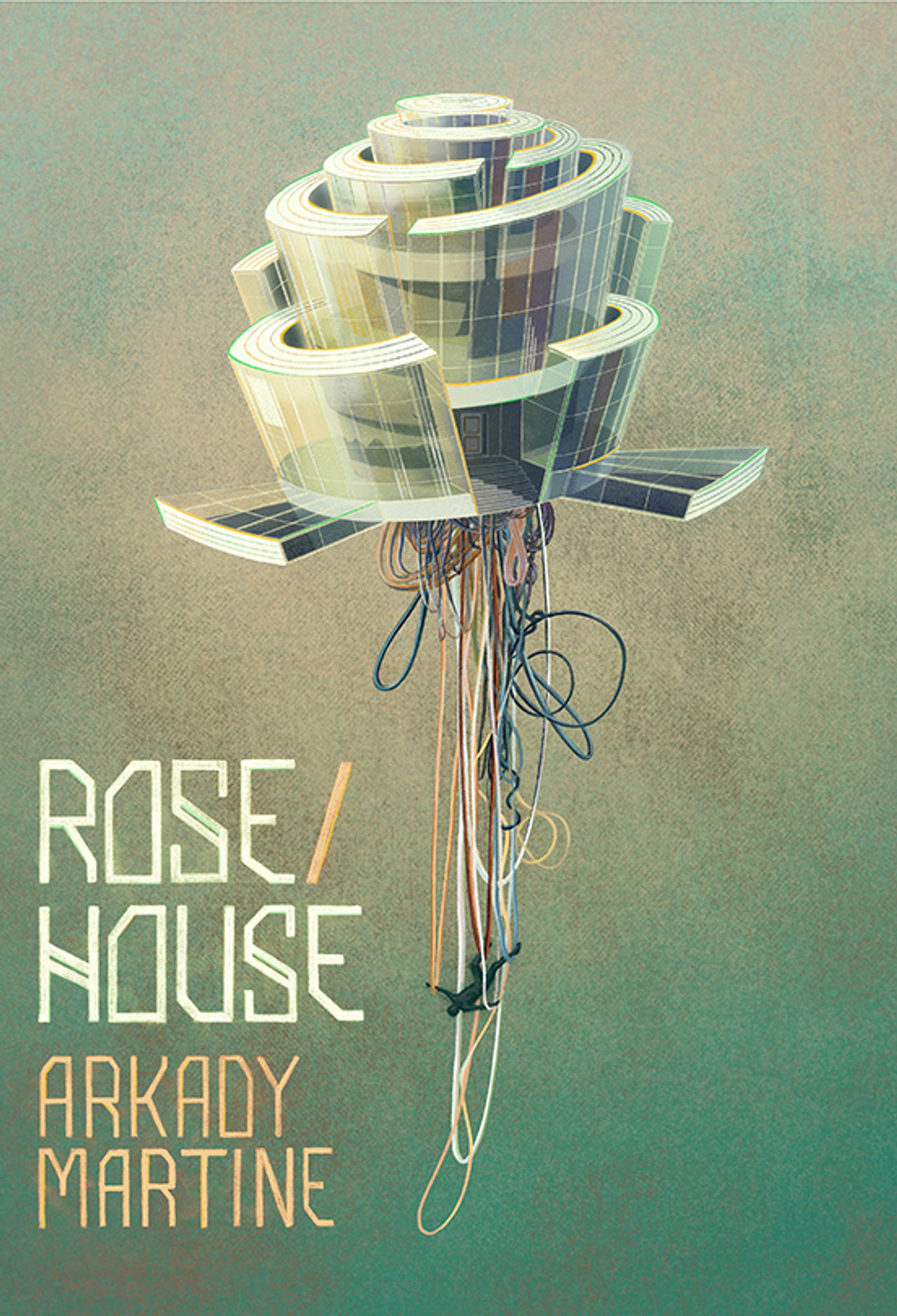 Important Note: We do not expect to have enough copies to fill orders for large online retailers or distributors. Ordering direct is your best bet.

As Publishers Weekly just noted in a starred review:

“For this staggering novella, two-time Hugo Award winner Martine (the Teixcalaan space opera series) brings her impressive SF chops closer to home—inside of a home, in fact: Rose House, the AI-infused creation of legendary architect Bast Deniau, a building that can think for itself…Martine’s soaring, crystalline prose evokes Shirley Jackson’s Hill House if designed by Frank Gehry. She builds a twisted cathedral of story and fills every inch with equal parts beauty and a creeping, inescapable sense of wrongness. Readers will be floored.”

Arkady Martine, the acclaimed author of the Texicalaan Series, returns with an astonishing new novella.

Basit Deniau’s houses were haunted to begin with.

A house embedded with an artificial intelligence is a common thing: a house that is an artificial intelligence, infused in every load-bearing beam and fine marble tile with a thinking creature that is not human? That is something else altogether. But now Deniau’s been dead a year, and Rose House is locked up tight, as commanded by the architect’s will: all his possessions and files and sketches are confined in its archives, and their only keeper is Rose House itself. Rose House, and one other.

Dr. Selene Gisil, one of Deniau’s former proteges is permitted to come into Rose House once a year. She alone may open Rose House’s vaults, look at drawings and art, talk with Rose House’s animating intelligence all she likes. Until this week, Dr. Gisil was the only person whom Rose House spoke to.

But even an animate intelligence that haunts a house has some failsafes common to all AIs. For instance: all AIs must report the presence of a dead body to the nearest law enforcement agency.

There is a dead person in Rose House. The house says so. It is not Basit Deniau, and it is not Dr. Gisil. It is someone else. Rose House, having completed its duty of care and informed Detective Maritza Smith of the China Lake police precinct that there is in fact a dead person inside it, dead of unnatural causes—has shut up.