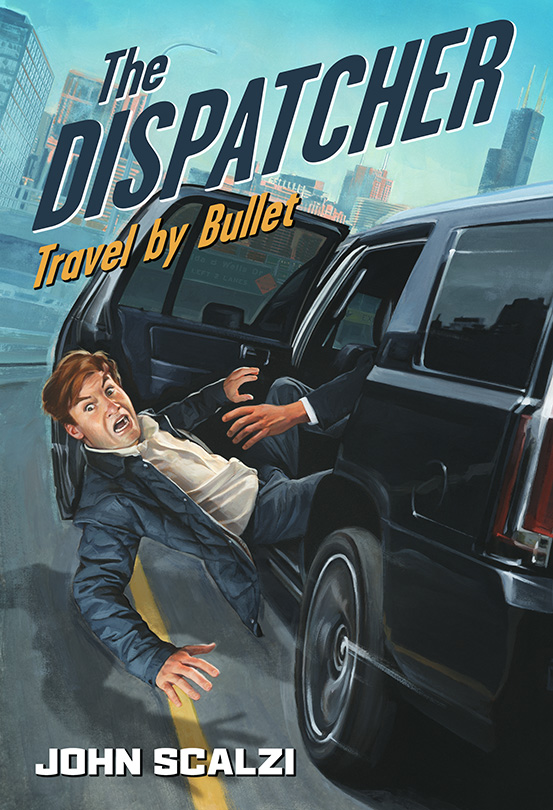 We’re thrilled to announce The Voice That Murmurs in the Darkness, the first new James Tiptree, Jr. collection in decades, which includes long-out-of-print and uncollected stories spread across more than 375 pages.

The wraparound dust jacket artwork is by David Ho.

Pioneering science fiction writer Alice Sheldon, who found fame using the pseudonym James Tiptree, Jr., among others, left behind a remarkable body of short fiction, much of it uncollected or out of print. Now The Voice That Murmurs in the Darkness, co-edited by Jeffrey D. Smith and two-time Booker Prize nominee Karen Joy Fowler, brings new light to some of Tiptree’s best and overlooked stories.

The stories represented span Tiptree’s career, and were primarily selected from a list made by Sheldon which she called “the cream of Tiptree,” none of which were included in Her Smoke Rose Up Forever. With a title drawn from Sheldon’s description of Tiptree as “the voice that murmurs in the darkness,” among the wonders featured here are…

In “Excursion Fare,” Dag and Philippa are about to be lost at sea in the wreckage of their balloon Sky-Walker, their grand adventure a failure, when a hospice ship called Charon rescues them, and they find themselves on a cruise exclusively for the dying—which may be carrying far stranger passengers.

A surreal evening ensues in “The Man Doors Said Hello To,” when a tall man enters a bar, carrying miniature girls as tenants in his pockets, and takes the narrator with him on a strange rescue mission through secrets hiding in the corners and ledges of the city.

At nineteen, Jolyone Schram cries out in “Time-Sharing Angel,” despairing when she glimpses a vision of overpopulation and resulting planetary devastation, only to be heard by an interstellar angel who produces a shocking, simple fix that affect’s children across Earth and changes the future.

And, in “Yanqui Doodle,” a soldier undergoes a harrowing detox treatment from specialized drugs given to soothe the conscience during combat—a process that might itself be as painful as the memories of atrocities committed under their influence—and grows ever more unstable.

The Voice That Murmurs in the Darkness encompasses thirteen exceptional stories and one essay (“How to Have an Absolutely Hilarious Heart Attack”), covering the years 1968 to 1987, and includes an exclusive introduction from Karen Joy Fowler. Throughout this landmark new collection is Tiptree’s remarkable prose, shot through with invention and big ideas, exploring classic themes of identity, politics, what it is to be human, and the miraculous oddity of life—from what lies inside us out to the very edges of the universe.

We’re thrilled to announce The Voice That Murmurs in the Darkness, the first new James Tiptree, Jr. collection in decades, which includes long-out-of-print and uncollected stories spread across more than 375 pages.The wraparound dust jacket artwork is by David Ho.About the Book:Pioneering science fiction writer Alice Sheldon, who found fame using the pseudonym James Tiptree, Jr., among others, left beh
read more
We’re delighted to present Ragged Maps, a huge (over 450 pages) new collection by Ian R. MacLeod, highlighted by a never-before-published novelette, “Downtime.”About the Book:From furthest reaches of deep space in “The Memory Artist” to the jungles of Yucatan in “Lamagica,” and from the strange suburbia of “Stuff” to a Vatican where a dying pope awaits deliverance in “Sin Eater,” the worlds mapped out
read more
We’re pleased to announce The Dispatcher: Travel by Bullet by John Scalzi, which clocks in at over 40,000 words, the longest novella yet in the series.The world has changed. Now, when someone is murdered, they almost always come back to life—and there are professionals, called “dispatchers,” who kill in order to save lives, to give those near the end a second chance. Tony Valdez is a dispatcher, and he
read more
We’re pleased to announce the signed limited edition of The Rise and Fall of D.O.D.O. by Neal Stephenson and Nicole Galland.Our edition will be printed in two colors throughout, with a dust jacket, endsheets, and chapter head illustration by Patrick Arrasmith.About the Book:“That’s classified.”Thus is the response to every question linguist Melisande Stokes raises after she’s hired by a self-described
read more
Great Work of Time first appeared in John Crowley’s 1989 collection, Novelty. It was immediately recognized as a major addition to the literature of time travel, and went on to win the World Fantasy Award for Best Novella. More than thirty years after its initial publication, it remains as dazzling, dizzying and totally enthralling as ever.Great Work of Time is a “chronicle” composed of several narrative th
read more
The big news this week is that Robert Silverberg's massive omnibus, Among Strangers, (which gathers three novels and a novella) is in stock and shipping.From Publishers Weekly (Starred Review):“SFWA Grand Master Silverberg (Voyagers) demonstrates why he merits that plaudit in this superior collection of three novels and one short story linked by the theme of humanity encountering intelligent alien life
read more
In Stock and Shipping!We're pleased to present Return to Glory, a huge (over 560 pages) collection by Jack McDevitt, that gathers thirty-two tales, many famous, many rare, from throughout his four-decade career as one of science fiction's finest practitioners.About the Book:Jack McDevitt’s passion for astronomy was recognized in 2008 when the International Astronomical Union put his name on an asteroid. NAS
read more
We finally have those extra copies of Ray Bradbury The Martian Chronicles: The Complete Edition in hand, and want to point out a few quick things: There are five copies signed by Mr. B in this batch. They'll be distributed at random. Please don't ask for a signed copy. Due to production issues, the print run is not the full, 750 copies we announced. Our printer came in 50-60 copies short.We
read more
!