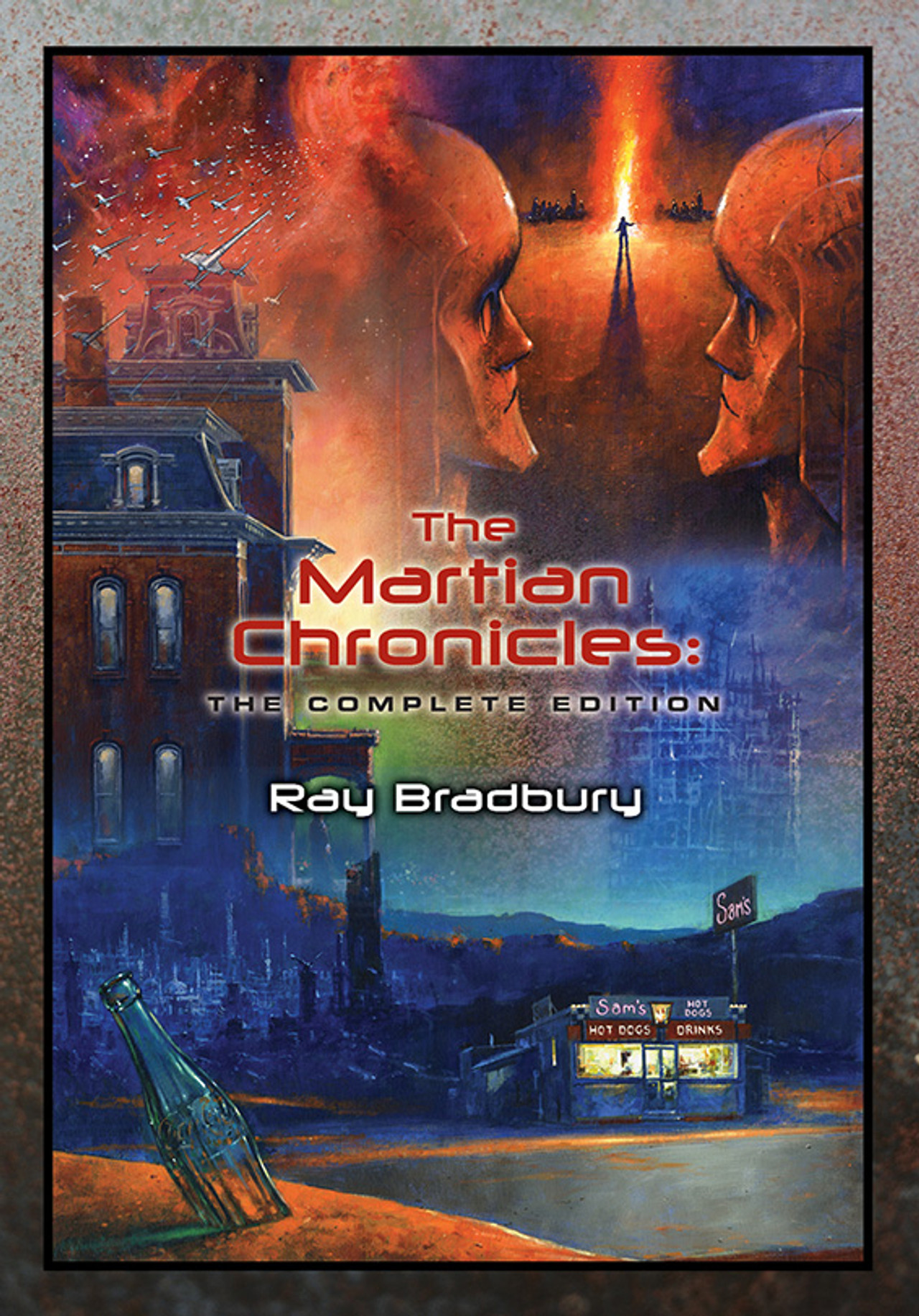 We finally have those extra copies of Ray Bradbury The Martian Chronicles: The Complete Edition in hand, and want to point out a few quick things:

We've reprinted one of our most requested titles. The Martian Chronicles: The Complete Edition is oversized, huge (at more than 750 pages), printed in black ink throughout, with a full color dust jacket and interior plates by Edward Miller.

In addition to the classic collection, the book contains an additional 23 short stories, as well as introductions and afterwords, listed below.

In the course of his long, illustrious career, Ray Bradbury has created some of the most memorable and enduring fiction of our time. While no one work can adequately represent the range and depth of his achievement, it may well be that The Martian Chronicles will come to stand as his most singular accomplishment. A visionary account of the first attempt to extend the human enterprise to another planet, this unique and resonant book is both a seminal work of science fiction and a permanent addition to modern popular culture.

The episodic saga begins during the “rocket summer” of 1999, when the first outbound ships depart for Mars, leaving the bleak Ohio winter behind. It ends, 27 years later, during a “million year picnic” which casts a harsh, reflective light on an entire civilization.

Along the way, Bradbury introduces a gallery of distinctive characters, all of whom have powerful reasons for seeking a newer life. Some are actively escaping—from racism, from political and cultural repression, from the never-ending prospect of war. Some are actively searching—for adventure, for uncharted horizons, for a sense of spiritual renewal. Together, they create a frontier society as complex, varied, and tragically flawed as the one they left behind.

The result is a work of philosophical humanism filled with memorable scenes and indelible images.

Moments like these offer something deeper and grander than simple entertainment. As the author pointedly reminds us: “It is good to renew one’s wonder.” The Martian Chronicles accomplishes this task with wit, grace, and unselfconscious artistry. It will doubtless continue to do so for generations to come.

With more than 50 stories, essays, introductions and two full-length screenplays by Bradbury himself, The Martian Chronicles: the Complete Edition is a volume for the permanent shelf, one which chronicles the evolution of Bradbury’s Mars from the original classic volume and beyond.

The second edition will be limited to 750 cloth bound hardcover copies.