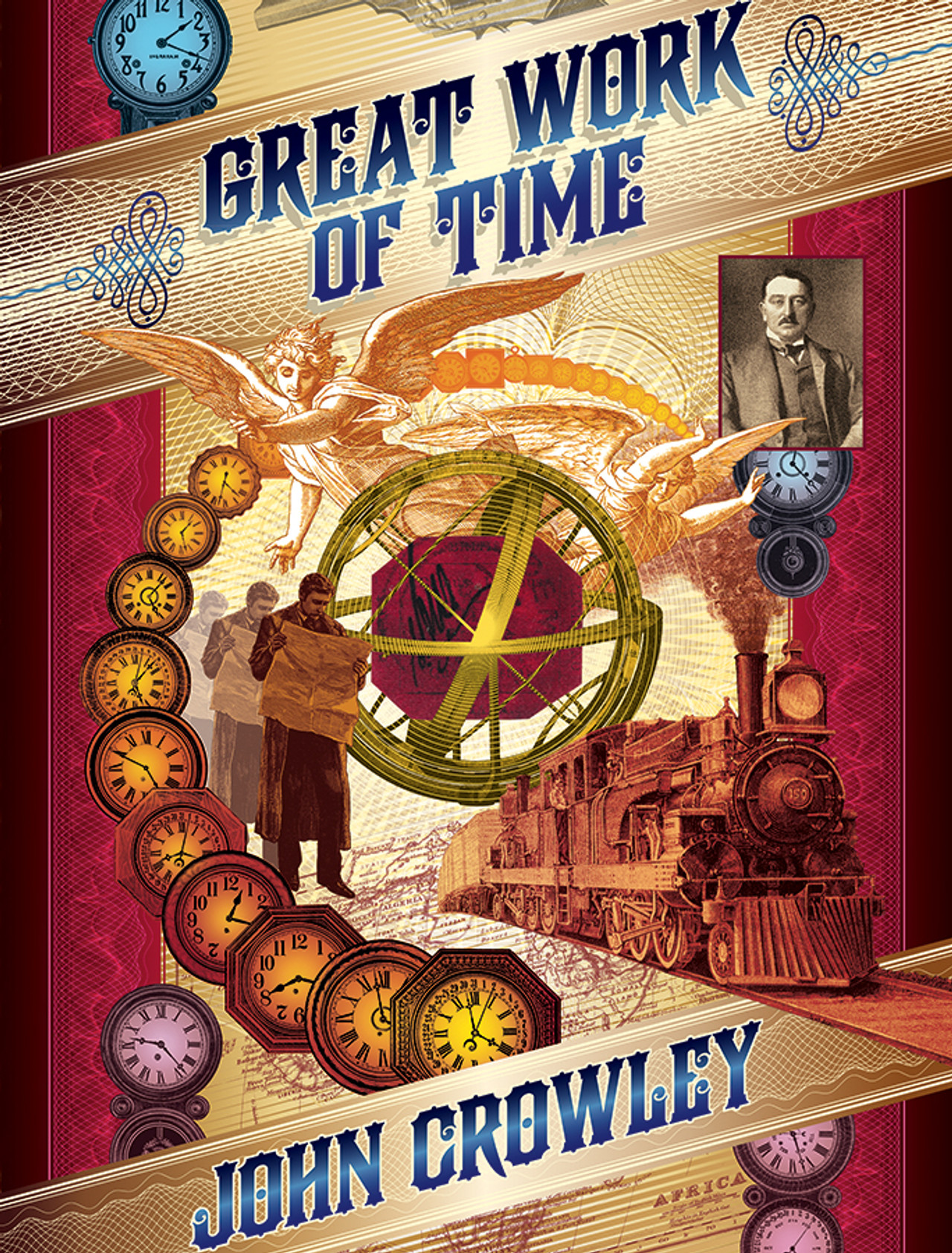 Great Work of Time first appeared in John Crowley’s 1989 collection, Novelty. It was immediately recognized as a major addition to the literature of time travel, and went on to win the World Fantasy Award for Best Novella. More than thirty years after its initial publication, it remains as dazzling, dizzying and totally enthralling as ever.

Great Work of Time is a “chronicle” composed of several narrative threads. Among the characters who populate its various worlds and timelines are Caspar Last, an inventor who seeks his fortune in the distant past; Denys Winterset, a young, unformed civil servant willing to do his bit for the British Empire; and Cecil Rhodes, who dreamed of extending that empire into the distant future. Dominating the narrative are the machinations of The Otherhood, a group of British patriots who will use Caspar Last’s discoveries to correct—or at least mitigate—the many mistakes of history. Their story is one of noble intentions and unintended consequences played out on the grandest possible scale.

Overflowing with mind-bending paradoxes and distinguished throughout by its wholly original vision of time and human history, Great Work of Time is one of John Crowley’s most enduring achievements. With this definitive new edition, which features artwork by John Coulthart, two-color printing throughout, and an introduction by the author, Subterranean Press brings a modern classic to a new generation of readers. They will not be disappointed.