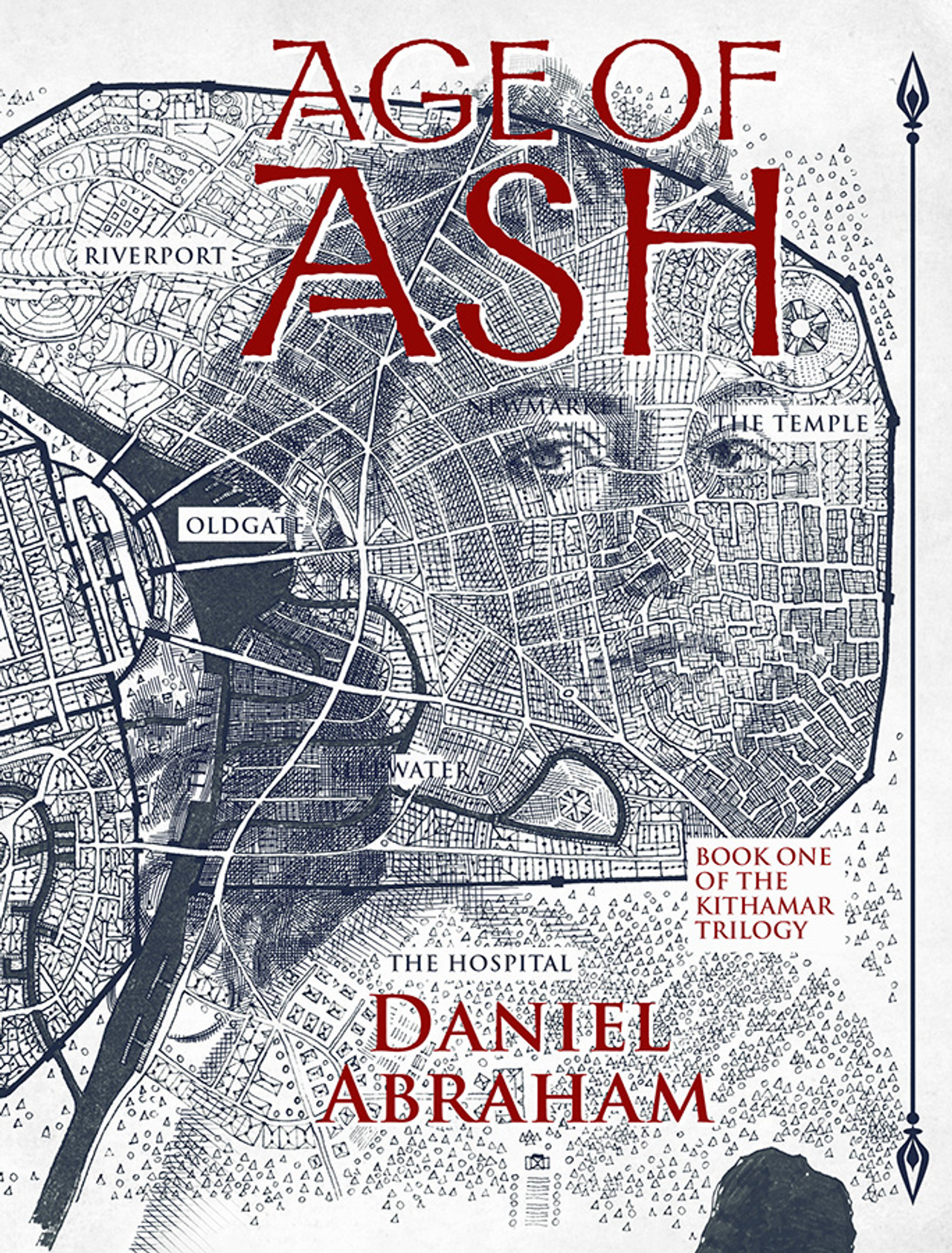 Even before he gained world-wide fame as the co-author of the renowned, bestselling space opera series The Expanse, Daniel Abraham was beloved of critics and fans alike as the crafter of intricate, sweeping fantasy sagas such as The Long Price Quartet and The Dagger and the Coin. He’s now returned to his roots with Age of Ash, the long-awaited first volume in a new epic series, The Kithamar Trilogy.

Alys is a thief second and a sister first, but when her bravo of a brother is killed by an unknown assailant, she inherits a small fortune he should never have had, a magical candle that puts her in touch with people he should never have known, and a rune-inscribed dagger that half the great city of Kithamar is looking for. Her search for his murderer will shake the foundations of the city.

Sammish is the girl who nobody notices except Alys, but even Alys doesn’t know that Sammish is in love with her. By turns the member of a pickpocketing gang, an itinerant laborer, and, ultimately, a soldier in a secret war against scheming denizens of the upper strata of Kithamari society, Sammish fights against starvation as much as she does her foes, with divided loyalties threatening more than just her life.

These two women live out their lives, uncovering secrets and risking everything, in the ancient city of Kithamar, which sits astride a swift-running river that divides the rich from the poor, the sated from the starving, and the powerful from the powerless. Kithamar feels as real to the reader as the great cities of our own world. From the stinking alleys of Longhill to the perfumed avenues of Green Hill, and in all the other carefully drawn districts and neighborhoods besides, Alys and Sammish, along with their myriad friends, kin, and foes, bring this unforgettable place—this unforgettable novel—to life.

Here is New York Times bestselling author Daniel Abraham at his best. Here is a work ably demonstrating the caliber that has seen him nominated for the Hugo, the Nebula, and the World Fantasy Awards. Here is magic and romance, swordplay and intrigue.

Here is the Age of Ash.